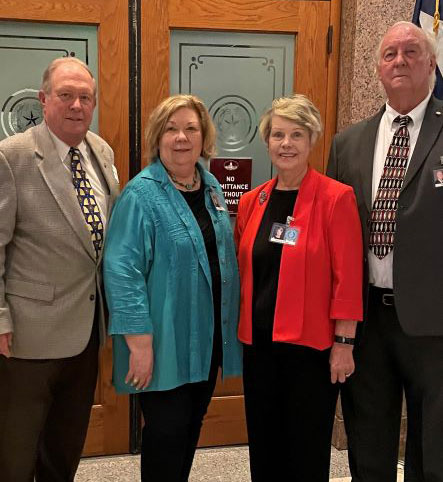 Four delegates representing the Heart of Texas AAA were sworn in as members of the 19th Texas Silver-Haired Legislature (TSHL) at its Orientation Session held July 18-22 in Pflugerville, Texas.   They were among the sixty-nine delegates from 24 Area Agency on Aging (AAA) regions sworn in for a two-year term by the Honorable Bryan Hughes, member of the Texas Senate from District 1.

Barbara Adylett from Aquilla was elected for a second term as Deputy Speaker Pro-Tem.  Danny Volcik of Waco was appointed to the Elections & Credentials and the Criminal Justice Committees.  Linda Timmerman of Streetman was appointed for a second term as Chair of the Communications Committee and as a member of the Pensions, Investments, Insurance & Financial Services Committee.  David Timmerman of Streetman was elected for his first term and will serve on the Operations an Utilities & Natural Resources Committee.

The Orientation Session was the first of three TSHL sessions over the next biennium. The delegates will research senior issues in Texas, prepare resolutions for proposed legislation, pass them through committee, and vote on them in full chamber at  the TSHL Legislative Session to be held in the Spring of 2022.  Approved resolutions will be included in a TSHL Legislative Report that will be delivered to all Legislators, as well as to the Governor and Lt. Governor, in advance of the 2023 State session.

The Texas Silver-Haired Legislature is a non-partisan body created by the 69th Texas Legislature with the adoption of SCR 37, on April 3, 1985.  Since its inception, some 700 seniors have been elected to serve in TSHL.  The vision of TSHL is that “the applied wisdom, energy, and experience of aging will improve the lives of all Texans through education, knowledge, and involvement in legislation and governmental affairs.”

Among the issues that the advocacy group recommended and supported during the 87th session of the Texas Legislature was legislation that increased the financial strength of the Teacher Retirement System  and the State Employees Retirement System pension plans, increased the personal needs allowance to $60 for Medicaid nursing home residents, provided for the expansion of broadband services in rural areas, expanded the research into and medical use of low-THC cannabis products, and enhanced criminal degree and fines for those who perpetrate Internet fraud against older Texans. 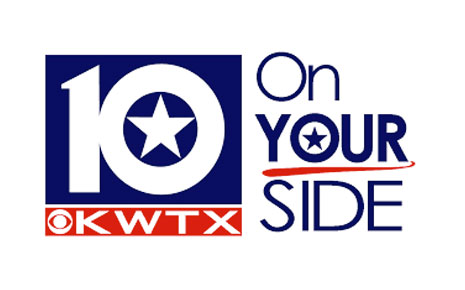 Jul 15 2021
McGregor leaders are ‘over the moon’ after learning the city will officially be home to another SpaceX facility. “I think the benefit extends beyond McGregor, I think it extends to the greater McLennan County area,” said Jimmy Hering, Mayor of McGregor. “It’s good for all of us.” Hering says they heard rumbling...Continue Reading

Jun 17 2021
Hill County Judge, Justin Lewis, was honored at the Lake Whitney Chamber of Commerce Banquet as the Citizen of the Year on Thursday June 10, 2021.  Judge Lewis was given this honor for his leadership during the Covid-19 pandemic and the Uri winter storm event.  He put on his wor...Continue Reading